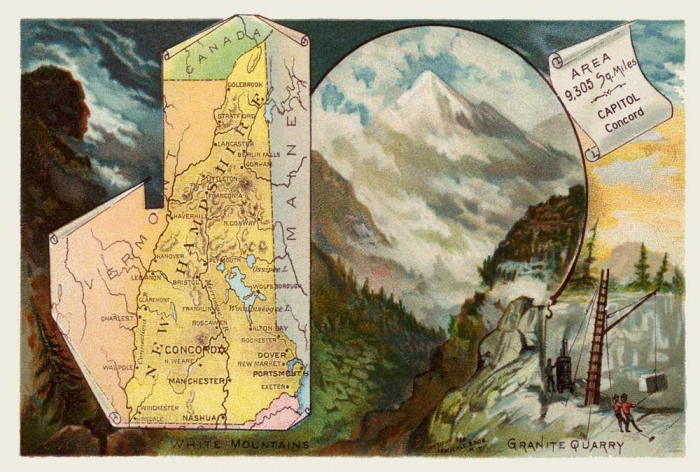 Vintage postcard design from Arbuckel's reproduced by Legends of America. Text on back: Before European contact, New Hampshire was called home to about 3,000 Native Americans. A fishing and trading settlement was established in 1623 by the English. In 1629, the colony was named New Hampshire, after the English county of Hampshire. New Hampshire formed its own state government in January 1776 and was one of the 13 colonies that revolted against British rule in the American Revolution. Concord was named the state capital in 1808.