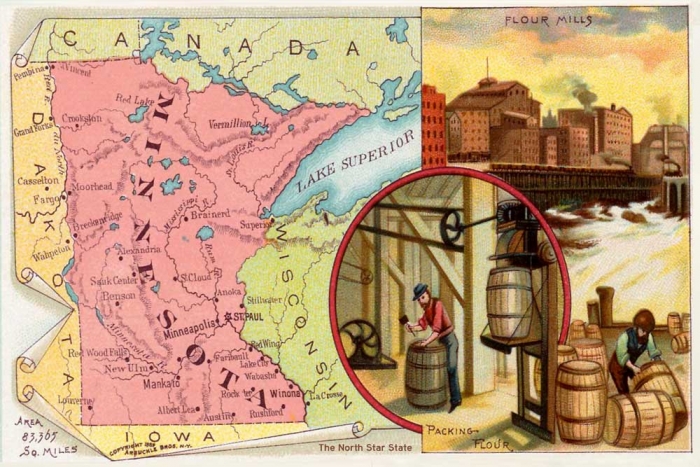 Text on back: Minnesota was inhabited for thousands of years by Native Americans before Europeans arrived. The first to come were the French in the 17th century, searching for the Northwest Passage. After the French and Indian war ended in 1763, the British took over the eastern portion of Minnesota, which became a territory of the United States after the American Revolution. In 1803, the United States purchased the rest of Minnesota from France as part of the Louisiana Purchase. Minnesota Territory was created in 1849 and became the 32nd U.S. state on May 11, 1858.