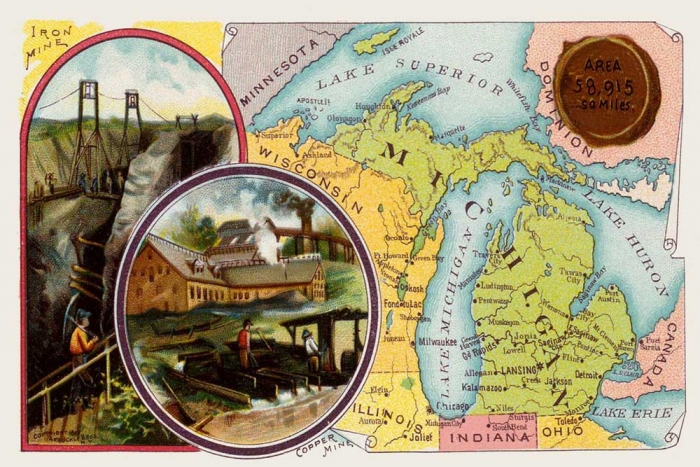 Vintage postcard design from Arbuckel's reproduced by Legends of America. Text on back: Settlement of Michigan began by Native Americans as early as 11,000 BC. The first European to arrive was Etienne Brule in about 1620. The area was part of Canada (New France) from 1668 to 1763. After the French and Indian War, the area came under British control in 1763. The area that would become Michigan was awarded to the United States in 1783. Michigan became a territory in 1805 and was admitted to the Union as the 26th state in 1837.