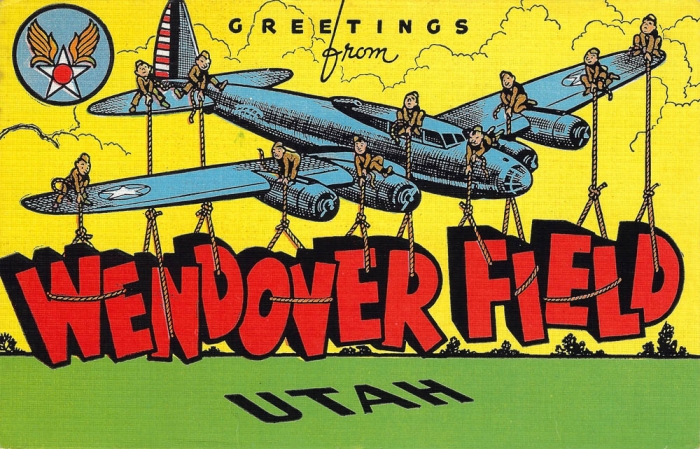 Vintage linen postcard by EC Kropp is unused and in very good condition. Wendover Air Force Base is a former United States Air Force base in Utah now known as Wendover Airport. During World War II, it was established as a subpost of Fort Douglas in Salt Lake City on July 29, 1941. It was utilized as a training base for B-17 and B-24 bomber crews. After the war, it played a key role in the postwar weapons development. It was declared surplus in 1972.