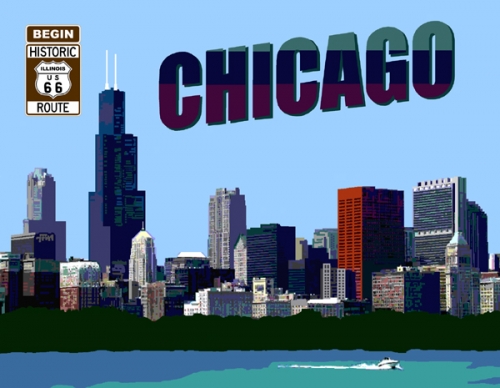 Chicago, Illinois Route 66 Postcard - Custom original only available at Legends' General Store. Text on back: When Route 66 began in 1926, its staring point was on Jackson Boulevard at Michigan Avenue. In 1933, the starting point was moved east to jackson and Lake shore Drive. In 1955, it was moved again to michigan Avenue when Jackson Boulevard became one way. Adams Street became the new westbound Route 66. today, Chicago currently marks the official beginning of Route 66 as Adams Street and Michigan Avenue.