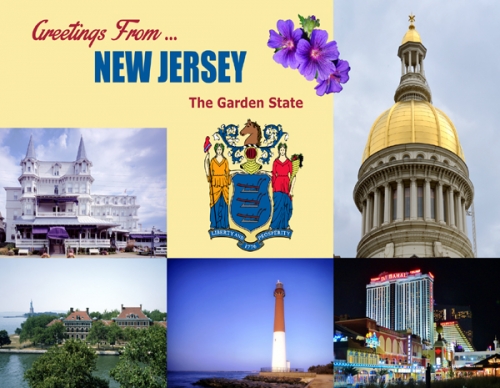 Text on back: Greetings From New Jersey - Inhabited by Native Americans for more than 2,800 years, the Dutch & the Swedes made the first European settlements in what would become New Jersey in the early 17th century. In 1664, the British took control of the land, at which time it was named New Jersey. It was the site of several decisive battles during the American Revolution, and it became the third state to ratify the U.S. Constitution & the first state to sign the Bill of Rights in 1787.