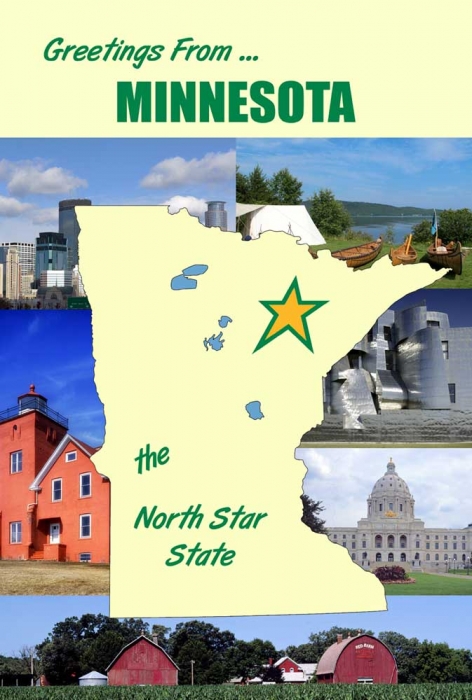 Text on back: Greetings From Minnesota - The North Star State was admitted as the 32nd state in 1858 created from the eastern half of the Minnesota Territory and part of Wisconsin Territory. Its name comes from the Dakota Indian word for ""clear blue water"". Owing to its large number of lakes, the state is informally known as the ""Land of 10,000 Lakes"". Minnesota's standard of living index is among the highest in the nation, & the state is also among the best-educated and wealthiest.

Our postcards arrived today! They were packaged so perfectly and every one is just fine. Thank you so much for your prompt and great service!!!
Loading Tweets...