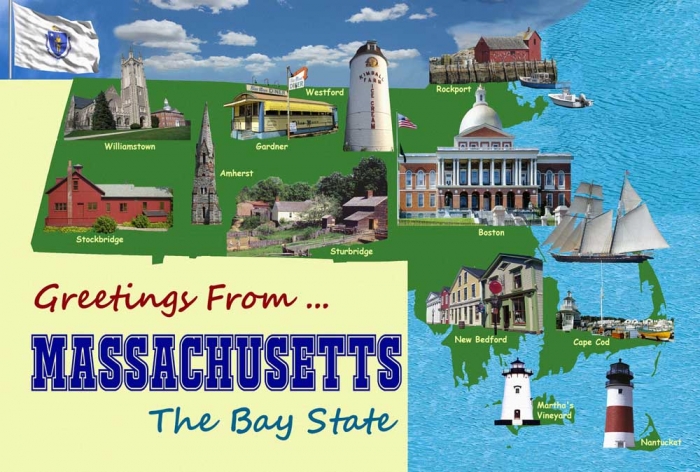 Text on back: Greetings From Massachusetts - The Bay State has played a significant historical, cultural, & commercial role in American history. Plymouth was the site of the first colony in New England, founded in 1620 by the Pilgrims. Harvard University, founded in 1636, is the oldest institution of higher learning in the nation. In 1692, the town of Salem experienced one of America's most infamous cases of mass hysteria -- the Salem witch trials. In the late 18th century, Boston became known as the ""Cradle of Liberty"" for the agitation that led to the American Revolution & U.S. independence.