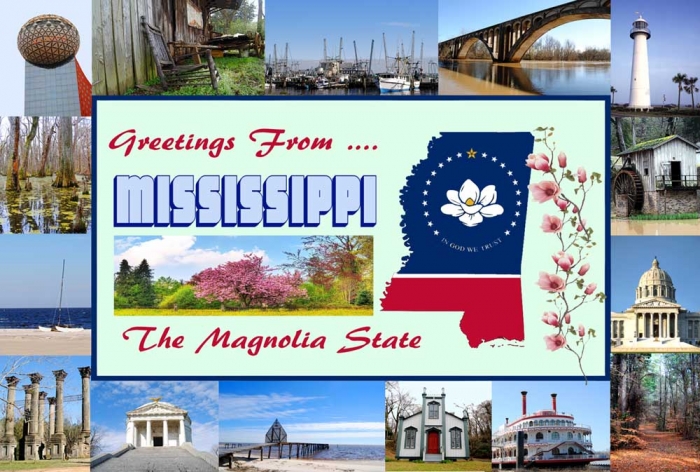 Greetings from Mississippi (The Magnolia State)

Custom original only available at Legends' General Store. Text on back: Greetings from Mississippi. The state derives its name from the Mississippi River, which flows along its western boundary. The river's name comes from an Ojibwe Indian word meaning ""Great River"". The first major European expedition into the territory that became Mississippi was that of the Spanish explorer, Hernando de Soto, who passed through the northeast part of the state in 1540. Through the 18th century, the area was ruled variously by Spanish, French, and British colonial governments. After the American Revolution, it became part of the new United States. On December 10, 1817, Mississippi was the 20th state admitted to the Union. Postcard includes a portion of the new Flag design approved by voters in November 2020.