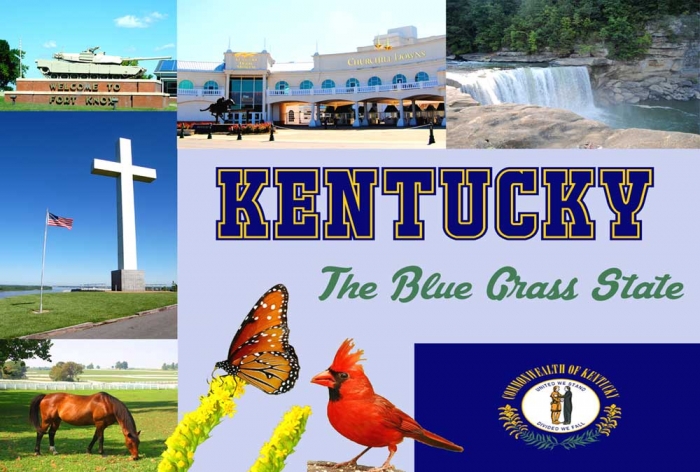 Custom original only available at Legends' General Store. Text on back:  Greetings from Kentucky. Known as the Bluegrass State, Kentucky was inhabited by varying tribes of Native Americans from at least 1000 BC to about 1650 AD when bison roamed the region. By the time that European and colonial explorers and settlers began entering the region in greater numbers in the mid-18th century, there were no major Native American settlements remaining. Originally a part of Virginia, Kentucky became the 15th state to join the Union in 1792.  Postcard is brand new and in mint condition.