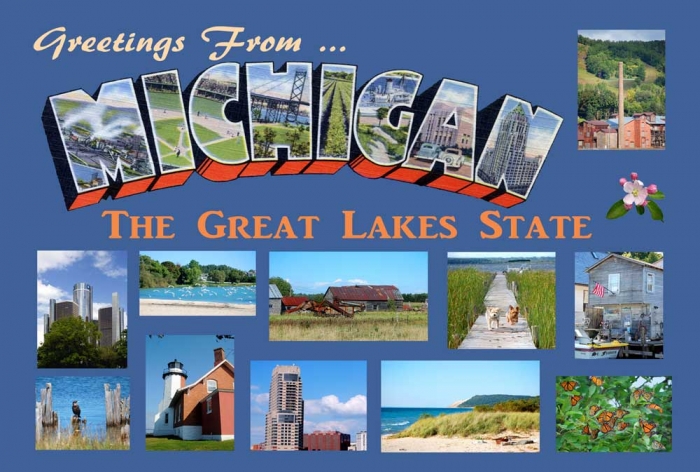 Custom original only available at Legends' General Store. Text on back:  Greetings from Michigan. Known as the Wolverine State or the Great Lakes State, the name Michigan came from the Ojibwa Indian word meaning "large water" or "large lake". Michigan is the only state to consist of two peninsulas. The Lower Peninsula, to which the name Michigan was originally applied, is often noted to be shaped like a mitten. The Upper Peninsula is separated from the Lower Peninsula by the Straits of Mackinac, a five-mile channel that joins Lake Huron to Lake Michigan. The two peninsulas are connected by the Mackinac Bridge.