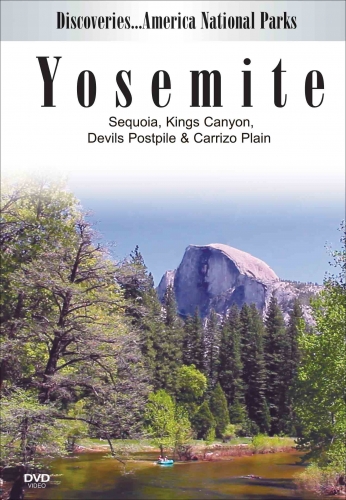 Yosemite National Park: First protected in 1864, this park in California has the reputation for breathtaking splendor with soaring mountains, giant sequoias, crystal clear rivers, miles of hiking trails, challenging rock climbing and inspirational locations for photography. Perhaps best known for it’s numerous waterfalls, Yosemite Falls is the tallest in North America and fifth highest in the world with a total drop of 2,425'.

Sequoia & Kings Canyon National Parks The land of giants!: These two parks lie side by side in California's Southern Sierra Nevada. Sequoia is the 2nd oldest National Park and Kings Canyon is home of the General Grant Tree and also theworld’s largest remaining natural grove of giant sequoias.

Carrizo Plain National Monument: The Carrizo Plain is one of the easiest places to see surface fractures of the San Andreas Fault. In 1857, the fault moved 30 feet, redirecting Wallace Creek.