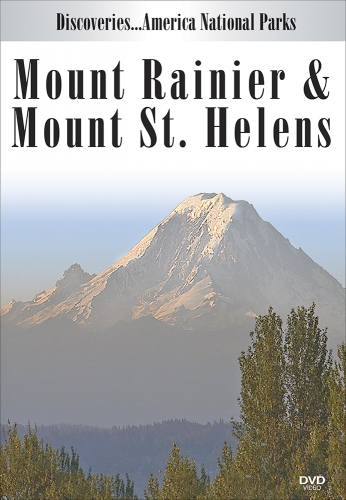 Mount Rainier and it's neighboring sister, Mount St. Helens... Two of North America's most photographed & explosive volcanoes in the Cascade Volcanic Arc, extending from Southwestern Canada to Northern California. One is an eruption in waiting, while the other is known as the most active volcano in the contiguous United States.

Mount Rainier National Park Mount Rainier is the tallest mountain in the Northwest and the largest single peak glacier system in the U.S. With 25 glaciers, 14,410-foot Mount Rainier is the highest and iciest volcano in the lower 48 states. Historic districts & two lodges encourage visitors to be comfortable while enjoying scenic drives winding past waterfalls, old-growth forests and some of the most beautiful wildflower meadows to behold. Outdoor activities abound including hiking, climbing, snow shoeing & skiing.

Mount St. Helens National Volcanic Monument. On May 18, 1980, Mount St. Helens (8,363 feet), erupted in a cataclysmic blast, which created more economic devastation than any volcano in the history of the United States. Here you can witness the destructive forces of nature and see several decades of progress made since the sleeping giant captured the world’s attention. Take in stunning views from the Johnston Ridge Observatory.