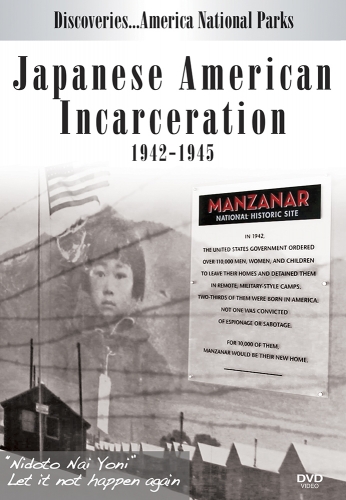 The National Park Service tells the story of a very bleak chapter in American history.  In 1942, in reaction to the Japanese attack on Pearl Harbor, the United States government ordered more than 110,000 men, women & children to leave their homes & detained them in remote, military-style camps. Japanese Americans & legal immigrants were unjustly imprisoned in these concentration camps until the end of WWII.

"Personal Justice Denied" Decades later, having determined the government actions were based on "race prejudice, war hysteria, and a failure of political leadership," the government attempted to correct this violation of human rights by offering apologies & reparations to the survivors.

The National Park Service has preserved several camp locations as a reminder to this and future generations of the fragility of American civil liberties.

Densho.org preserves irreplaceable firsthand accounts of survivors, to explore principles of democracy and promote equal justice for all.

Made in the USA. Running time 50 minutes.