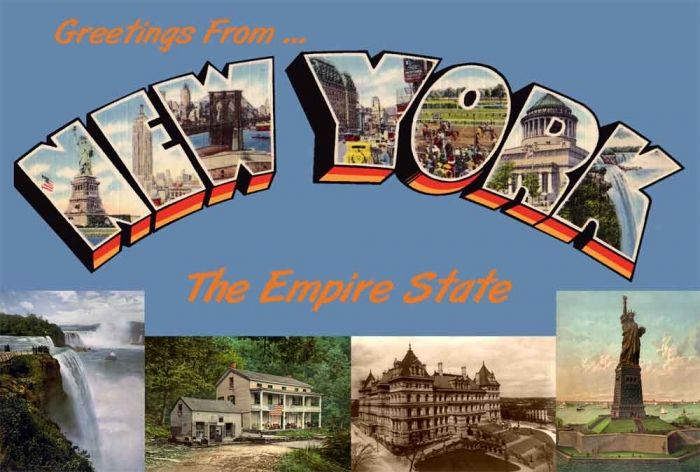 Custom original only available at Legends' General Store. Text on back: One of the original 13 colonies of the United States, New York was first settled by the Dutch in 1609. Fort Nassau was built near the site of the present-day capitol of Albany in 1614 and they soon settled New Amsterdam, which would become New York City, as well as parts of the Hudson River Valley, establishing the colony of New Netherland. New York is nicknamed The Empire State for its national and global significance. The origin of the nickname is credited to George Washington, who referred to New York in December, 1784 as the "present the seat of the Empire."