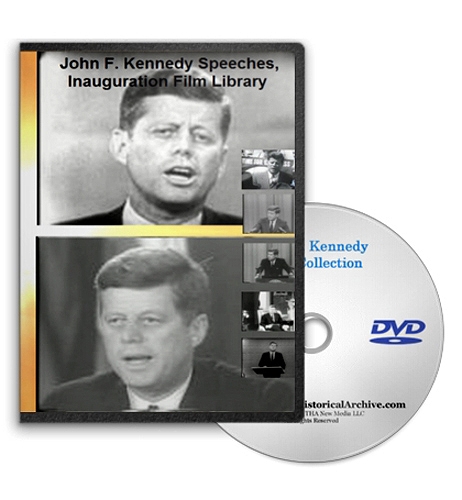 John F. Kennedy Speeches, Inauguration, Etc. Film Library DVD - JFK is one of the most studied figures in American political history all the way from his early career in politics through his tumultuous presidency up to his untimely assisination. This collection offers several films highlighting various milestones in his short career as well as his famous debate against Richard Nixon when running for president in 1960.