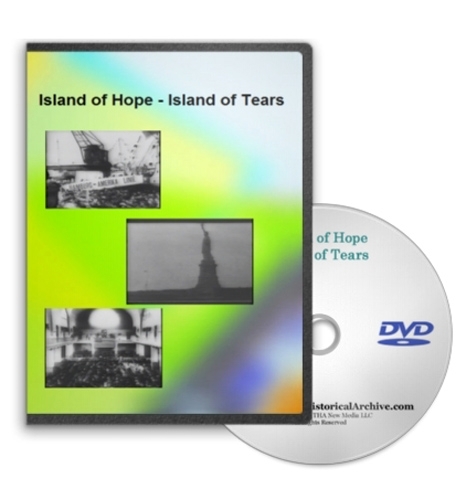 Island of Hope - Island of Tears on DVD

Island of Hope - Island of Tears on DVD - Immigrants at Ellis Island, New York City - Island of Hope, Island of Tears is a fascinating look at Ellis Island, the entry point of millions of European immigrants from 1892-1954. This fascinating film tells the moving story of families with dreams of opportunity, leaving their homes with only what they could carry with them so they could start a new and hopefully better life in the United States. Directed by Charles Guggenheim, it won several awards.

This DVD has a runtime of approximately 28 minutes.