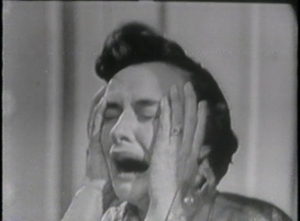 This film, featuring Walter Matthau, discusses the life of the mitchell family and how it turns into a nightmare whan an atomic bomb is dropped on New York City, just 50 miles away. The film details the horrifying aftermath of this nuclear attack. The film was made during the Cold War era of the 50s to show the American population the dangers of a nuclear enabled Soviet Union.