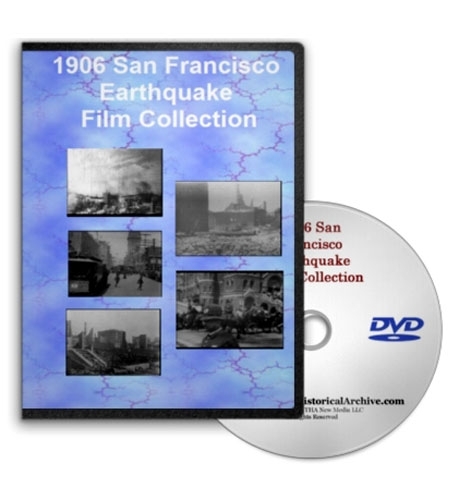 Early Films of San Francisco, 1897-1916 on DVD  -  Before and After the Great Earthquake and Fire

This collection consists of 26 films of San Francisco from before and after the Great Earthquake and Fire, 1897-1916. Seventeen of the films depict San Francisco and its environs before the 1906 disaster. Seven films describe the great earthquake and fire. The two later films include a 1915 travelogue that shows scenes of the rebuilt city and a tour of the Panama Pacific Exposition and a 1916 propaganda film.

Includes films such An Arrest in Chinatown, Panoramic View of the Golden Gate, San Francisco earthquake and fire, April 18, 1906; A Trip down Market Street before the fire, and many more.

The collection is silent and has a run time of 1 hour 42 minutes.