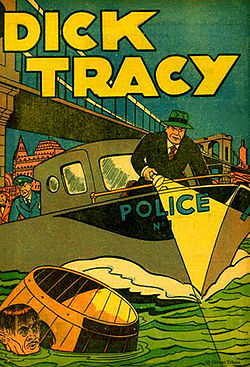 Dick Tracy is a long-running comic strip featuring a popular and familiar character in American pop culture. Dick Tracy is a hard-hitting, fast-shooting, and supremely intelligent police detective who has matched wits with a variety of colorful villains, many based on real-life gangsters. Dick Tracy had a long run on radio, from 1934 weekdays on NBC's New England stations to the ABC network in 1948. Bob Burlen was the first radio Tracy in 1934, and others heard in the role during the 1930s and 1940s were Barry Thompson, Ned Wever and Matt Crowley. The early shows all had 15-minute episodes.