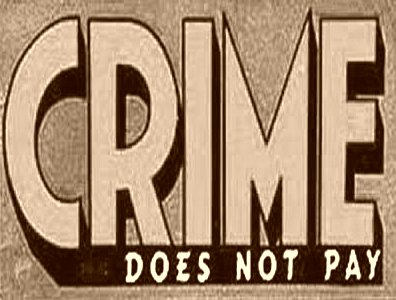 Crime Does Not Pay Old Time Radio MP3 Collection on DVD - Crime Does Not Pay was an anthology radio crime drama series based on MGM's short film series. The films began in 1935 with Crime Does Not Pay: Buried Loot. For the most part, actors who appeared in B-films were featured, but occasionally, one of MGM's major stars would make an appearance. The radio series aired in New York on WMGM (October 10, 1949-October 10, 1951) and then moved to the Mutual network (January 7-December 22, 1952). Actors included Bela Lugosi, Everett Sloane, Ed Begley, John Loder and Lionel Stander. The radio show dealt with the crimes of murder, theft, and racketeering, and other serious crimes. Each episode shows what happens when criminals operate and shows that "crime does not pay!"

This collection of Crime Does Not Pay Greats includes 70 different shows and appearances for a total of 34+ hours of listening enjoyment.