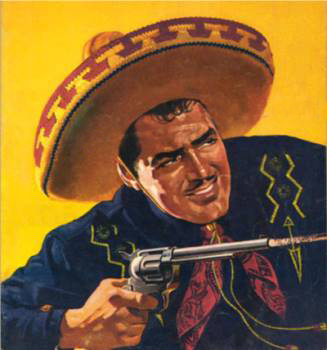 The Cisco Kid Old Time Radio MP3 Collection on DVD - The Cisco Kid was a film, radio, television and comic book series based on the fictional Western character created by O. Henry in his short story "The Caballero's Way," published in 1907 in the collection Heart of the West. The Cisco Kid came to radio October 2, 1942, with Jackson Beck in the title role and Louis Sorin as Pancho. It remained on air until 1945. It was followed by another Mutual series in 1946, starring Jack Mather and Harry Lang, who continued to head the cast in the syndicated radio series from 1947 to 1956.

This collection of The Cisco Kid Greats includes 189 different shows and appearances for a total of 82+ hours of listening enjoyment.