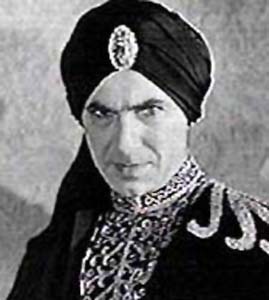 Chandu The Magician Old Time Radio MP3 Collection on DVD - This collection of Chandu The Magician Greats includes 167 different shows and appearances for a total of 43+ hours of listening enjoyment. Frank Chandler, an American born mystic, learned the art of magic from Indian yogi and uses his powers for a variety of adventures in far off lands.

Chandu, The Magician was one of the longest running juvenile adventure serials on radio, It was heard as a local program from 1931 to 1932 when it went national. Nationally, it aired over MUTUAL with Gayne Whitman in the title role and sponsored by White King Soap on the West Coast and Beech Nut on the East Coast. Howard Hoffman also took over the lead role for a period of time.