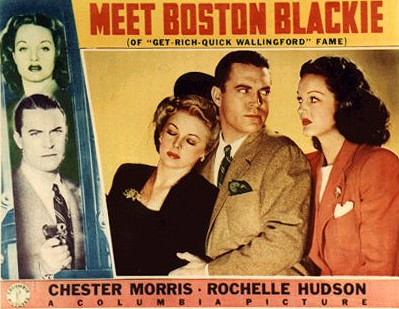 Boston Blackie Old Time Radio MP3 Collection on DVD - Boston Blackie is a fictional character who has been on both sides of the law. As originally created by author Jack Boyle, he was a safecracker, a hardened criminal who had served time in a California prison. Prowling the underworld as a detective in adaptations for films, radio and television, the detective Boston Blackie was "an enemy to those who make him an enemy, friend to those who have no friend."

This collection of Boston Blackie Greats includes 203 different shows and appearances for a total of 90+ hours of listening enjoyment.