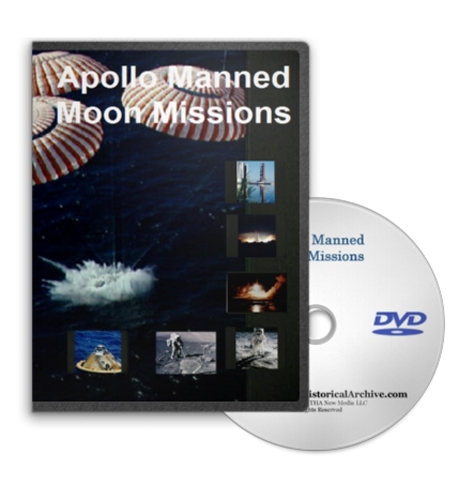 "That's one small step for man. One giant leap for mankind." - Neil Armstrong. Project Apollo - the national effort that enabled Astronaut Neil Armstrong to speak those words as he stepped onto the lunar surface, fulfilled a dream as old as humanity. But Project Apollo's goals went beyond landing Americans on the Moon and returning them safely to Earth: To establish the technology to meet other national interests in space; To achieve preeminence in space for the United States; To carry out a program of scientific exploration of the Moon; To develop man's capability to work in the lunar environment. The five films that make up the Apollo Manned Moon Mission collection have a total run time of 2 hours 21 minutes.