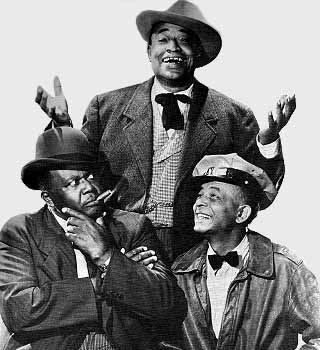 Amos N' Andy Old Time Radio MP3 Collection on DVD - Amos 'n' Andy was a situation comedy popular in the United States from the 1920s through the 1950s. The show began as one of the first radio comedy serials, written and voiced by Freeman Gosden and Charles Correll and originating from station WMAQ in Chicago, Illinois. First named Sam 'n' Henry, the show debuted January 12, 1926, and two years later changed its name to Amos N' Andy. It grew in popularity and became a huge influence on the radio serials that followed.

This collection of Amos N' Andy Greats includes 366 different shows and appearances for a total of 149 hours of listening enjoyment.