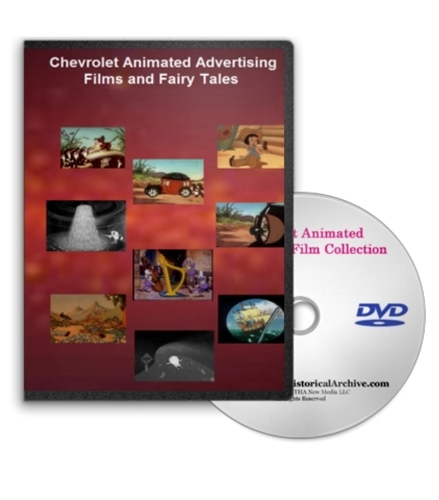 This DVD contains several films created by Jam Handy to help promote Chevrolet models in the 1930s. Since this was the big era of Disney animated films, many of the films loosely follow major Disney movies of that era. Four of the films are very well done fairy tales: Peg-Leg Pedro, The Pricess and the Pauper, A Ride for Cinderella and a Coach for Cinderella. The fifth film, Down the Gasoline Trail, follows a drop of gasoline as it is used to make a Chevrolet run. This is truly a collection of films designed to delight Chevy enthusiasts of all ages.