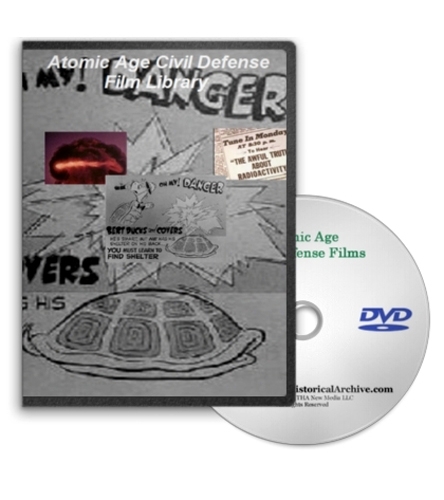 This classic collection of Civil Defense films were mostly created during the height of the cold war in the 1950's when there was a communist behind every bush and Nuclear War was going to happen at any instant. The films are both educational and entertaining as they are immersed in the knowledge and values of the 50's. You will learn how to defend yourself in the case of a gas attack, how to hide in case The Bomb is dropped, how to deal with a nuclear fallout situation, what can be used as a fallout shelter, how to deal with an atomic or gas attack at home, learn how a city should be evacuated during an emergency and much more. Includes 14 films ranging from 8-27 minutes each.