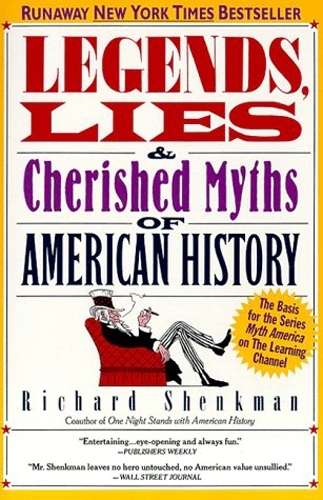 Legends and Lies and Cherished Myths of American History by Richard Shenkman - The truth and nothing but the truth - Richard Shenkman sheds light on America's most believed legends: The story that Columbus discovered the world was round was invented by Washington Irving. The Pilgrims never lived in log cabins. Independence wasn't declared on July 4 (and the Liberty Bell was so little regarded that Philadelphia tried to sell it for scrap metal but nobody wanted it.) There's no evidence that anyone died in a frontier shootout at high noon. Find these truths and others.  New - Paperback