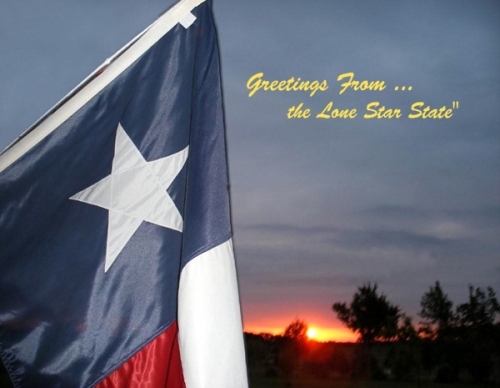 Greetings From the Lone Star State - Custom original only available at Legends' General Store. With picture by Jimmy Bertoldo. Text on back: Greetings from the Lone Star State. The Texas flag was adopted when Texas became the 28th state in 1845, and like the flag of the United States, the blue stands for loyalty, the white represents strength, and the red is for bravery. Texas is ranked second in size among all the states. With four national forests, two national parks, 120 State Parks and a wealth of history, the Lone Star State provides miles of entertainment.